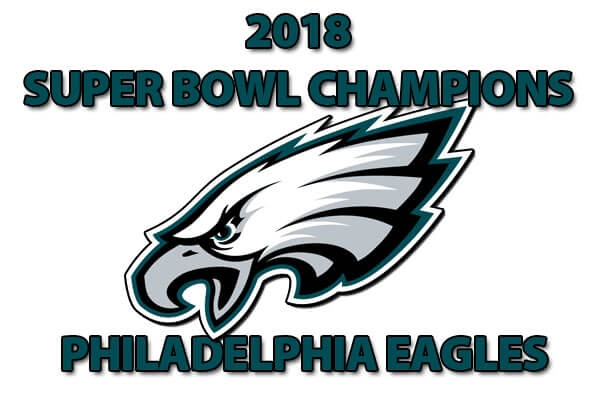 For as long as I can remember back like 200 years ago 🙂 I have been an Eagles fan growing up in South Jersey.  I remember going to Philly to market street to go shopping.

I remember hanging out in the city as I traveled to and from Dover AFB to Atlantic City every month for several years.

I watched both good and bad Eagles teams play on TV at the old Vets stadium in Philly.  I watched other teams come into Philly and beat the Eagles.

I watched the Eagles have good years, beat up on other teams but never able to get over the hump and loose during the playoffs.  But, I stuck by them thick and thin no matter what.

Yeah I got teased a lot by friends because their teams were winning more championships than the Eagles.  But, I never stop being an Eagles fan.  Didn’t know you could do that and not get your A- – kicked back in the Philly/South Jersey area.

No matter where I have traveled in the world while in the US Air Force, College and across the United States I made it clear I was an Eagles fan.

My daughters were raised Eagles fans and I even converted my wife into Eagles Nation.  Now finally after all these years, after much heart ache and disappointment…

We are Super Bowl Champions

Right this moment I could care less that over teams have more championships.  Right now all that matters is that the Eagles won SUPER BOWL 52.

I am so happy for all the EAGLES fans all over the world I can’t think about the game without getting emotional.

All I know right now is that:

We are Super Bowl Champions

This site uses Akismet to reduce spam. Learn how your comment data is processed.